Are your retirement savings secure from creditors? 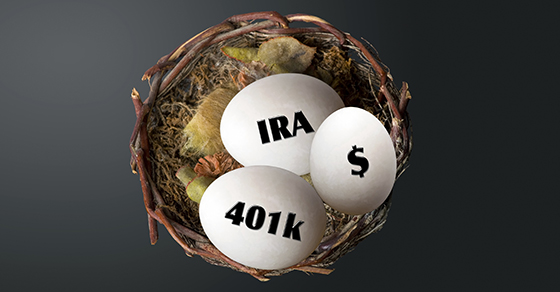 A primary goal of estate planning is asset protection. After all, no matter how well your estate plan is designed, it won’t do much good if you wind up with no wealth to share with your family.
If you have significant assets in employer-sponsored retirement plans or IRAs, it’s important to understand the extent to which those assets are protected against creditors’ claims and, if possible, to take steps to strengthen that protection.

Most qualified plans — such as pension, profit-sharing and 401(k) plans — are protected against creditors’ claims, both in and out of bankruptcy, by the Employee Retirement Income Security Act (ERISA). This protection also extends to 403(b) and 457 plans.

IRA-based employer plans — such as Simplified Employee Pension (SEP) plans and Savings Incentive Match Plans for Employees (SIMPLE) IRAs — are also protected in bankruptcy. But there’s some uncertainty over whether they’re protected outside of bankruptcy.

The level of asset protection available for IRAs depends in part on whether the owner is involved in bankruptcy proceedings. In a bankruptcy context, creditor protection is governed by federal law. Under the Bankruptcy Abuse Prevention and Consumer Protection Act (BAPCPA), both traditional and Roth IRAs are exempt from creditors’ claims up to an inflation-adjusted $1 million.

The IRA limit doesn’t, however, apply to amounts rolled over from a qualified plan or a 403(b) or 457 plan — or to any earnings on those amounts. Suppose, for example, that you have $4 million invested in a 401(k) plan. If you roll it over into an IRA, the entire $4 million, plus all future earnings, will generally continue to be exempt from creditors’ claims in bankruptcy.

To ensure that rollover amounts are fully protected, keep those funds in separate IRAs rather than commingling them with any contributory IRAs you might own. Also, make sure the rollover is fully documented and the word “rollover” is part of its name. Bear in mind, too, that once a distribution is made from the IRA, it’s no longer protected.

Outside bankruptcy, the protection afforded an IRA depends on state law.

What about inherited IRAs?

If you’re concerned that your retirement savings are vulnerable to creditors’ claims, please contact us. The effectiveness of these strategies depends on factors such as whether future creditor claims arise in bankruptcy and what state law applies.