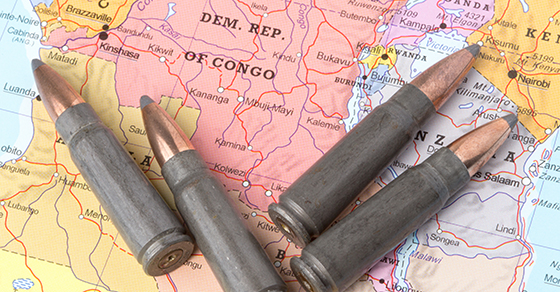 The Securities and Exchange Commission (SEC) is reviewing its controversial disclosure rule that requires businesses to trace the sources of certain minerals used in their products. Businesses subject to the rule complain about its costs, but human rights groups say it has produced tangible benefits and that the compliance costs are vastly overstated. Will the SEC pare back its required disclosures? Here’s the latest.

SEC Release No. 34-67716, Conflict Minerals, was issued in 2012 as part of the financial reforms under the Dodd-Frank Act. It requires public companies that use gold, tantalum, tin or tungsten in their supply chains to report the following information to the SEC:

If the minerals originated in the Democratic Republic of the Congo or an adjoining country, the company must submit a report to the SEC describing the measures it took to “exercise due diligence on the conflict minerals’ source and chain of custody.” One such measure is an independent private sector audit of these disclosures.

Together, these disclosure requirements are intended to discourage the use of minerals obtained from this violence-ridden region of central Africa. The ultimate goal is to cut off cash flow to the rebels, who have brutally murdered more than 5.4 million people in civil wars in this region.

On January 31, 2017, SEC Acting Chairman Michael Piwowar solicited public comment within 45 days on whether the conflict minerals disclosure rule is appropriate. Not surprisingly, the comments were split. Human rights advocates and other nongovernmental groups want the rule kept intact. These groups believe that the compliance costs are overstated and will decrease over time.

On the flip side, businesses that use conflict minerals — including electronics manufacturers, wholesale distributors, retailers, automakers and a variety of other types of businesses — largely oppose the disclosure requirements, arguing that compliance is cost-prohibitive. Moreover, they contend that the requirements have strained supply chain relationships, especially with private suppliers and customers that must report on the chain of custody for conflict minerals in order to do business with public companies that must comply with the SEC’s disclosure requirements.

In light of this feedback, the SEC staff was ordered on April 7, 2017, to recommend changes to the conflict minerals rule. However, the current requirements remain in effect until the revised guidance is released.

Uncertain fate of the disclosure rule

As the government enters a phase of deregulation, the conflict minerals disclosures and other rules passed under the Dodd-Frank Act may be relaxed, temporarily suspended or rescinded altogether. We’re atop the latest developments and can help ensure you’re in compliance with the latest requirements.