Use qualified auditors for your employee benefit plans 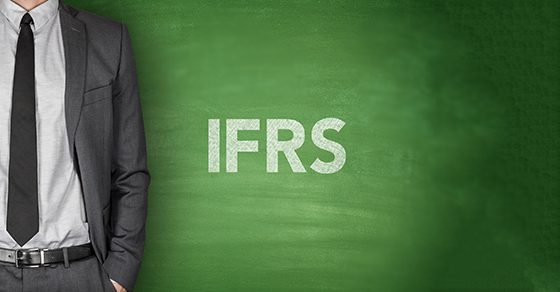 U.S. public companies are required to report their financial results using U.S. Generally Accepted Accounting Principles (GAAP). But, since 2007, hundreds of foreign companies listed on U.S. stock markets have been able to report financial results using International Financial Reporting Standards (IFRS) instead of GAAP. The Securities and Exchange Commission (SEC) is currently considering a proposal that, if approved, would allow domestic companies to supplement their GAAP results with IFRS results. Here’s the latest.

Throughout the world, companies use two predominant accounting standards to report their financial results: GAAP and IFRS. The primary difference is that GAAP tends to be prescriptive and rules-based, whereas IFRS tends to be subjective and principles-based.
There are also subtle differences in the accounting methods that are allowed under each standard. For example, the last-in, first-out inventory (LIFO) method is common in the United States, but it’s not permitted under IFRS.

Most of the countries in the world, including member states of the European Union, have adopted IFRS. And they’ve been increasingly pressuring U.S. accounting regulators to use global accounting standards.

In 2008, the SEC floated the idea of adopting IFRS as the primary financial reporting regime for U.S. companies. Then the financial crisis hit. The Financial Accounting Standards Board (FASB) and International Accounting Standards Board (IASB) continued working on convergence projects. But it was clear that U.S. interest in IFRS had started to wane.

In 2012, the SEC released a much-awaited report on IFRS in the United States. The report described the challenges of adopting IFRS, rather than making recommendations on whether international accounting standards should be used for domestic companies.

However, this proposal was put on hold because of leadership changes at the SEC (due to the new presidential administration as well as an unrelated resignation of the Chief Accountant last fall). Once rulemaking efforts resume full-swing, public companies with global operations may pressure the SEC to issue a proposal that would permit supplemental IFRS disclosures, as well as to continue pursuing additional IFRS convergence efforts.